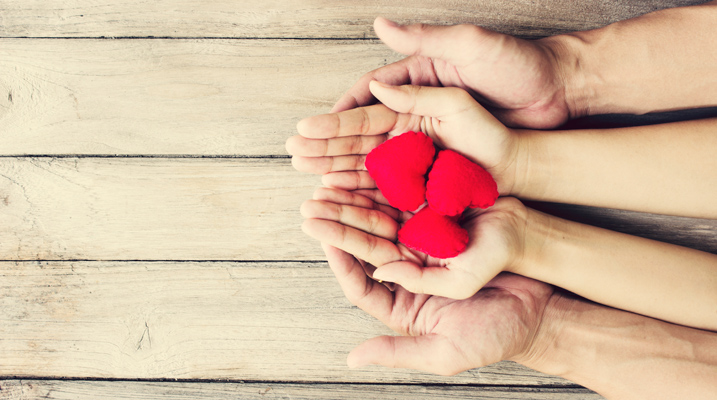 In all of my years of working with people, I have found that there are specific wants that we all have in common. One of them is true love; it is a quest we all find ourselves on at one point (or many points) in our lives.

So why is this basic want so elusive? Why do so few of us find true, beautiful, everlasting love? Well, there are many factors that can come into play and each one of these factors can easily become a block we use to build a nice, comfortable, protective wall around ourselves. We build this wall thinking it will protect us from the hurt we have experienced in the past, but in reality, it doesn't protect us so much as it keeps true love out.

To have true love, we must learn to take down that wall and create a solid foundation for love in its place. This takes understanding why we build our walls as well as new tools to approach our current (or future) relationship in a new way. For over 20 years now, I have been helping people do this whether they are single, dating, or married.

Three years ago, I met a married couple who felt stuck in an unhappy marriage. Both of them were good people, yet they were struggling to find happiness together. Each side wished the other person would change, and neither of them was willing to take all the responsibility for their marriage being in the state it was, nor did either of them understand how to change their situation. Even though they had two young children, divorce was an option they were beginning to argue over and consider.

Luckily, both of them were still willing to try. They heard about me from a mutual friend and approached me for several sessions with them over a weekend together.

It turned out to be a weekend of breakthroughs that they credit to saving their marriage.

During the weekend together, the wife learned more about her husband's upbringing and came to understand some of his habits and traits she had never understood before, such as what she called his "robotic and unemotional" nature. Understanding why he was like this helped her let go of resentment and frustration she'd felt towards him for many years and almost immediately improved their relationship. She also came to realize that she'd had a part in creating the strained relationship between them as well, and that in order to make things work she would have to learn new tools to improve her communication and not expect her husband to live up to her unspoken expectations. Because deep down she still loved her husband and she also saw him working to make changes too, she was willing to do the work to change her habits for the sake of their relationship.

As for her husband, he was finally able to understand how and why his actions had led to the current tension in the marriage. I guided him in targeting his issues of not ever engaging in emotional conversation and understanding why he always felt the need to be logical. As we worked together, he came up with a plan to change his behaviors and learn how to connect with his wife emotionally. I also showed him how to ask the right questions in order to understand what his wife really needed from him. He approached these new tools with zeal, and by the time the weekend was over you could see that the dynamic between husband and wife had shifted.

Where they had originally come in with a great distance and hesitation to even engage one another, they were now both more relaxed and open to one another, with occasional smiles and jokes being shared between them in a warm manner.

They are still together to this day and much happier as a couple and a family, with the oldest of their two children about to enter middle school.

I can definitely say that the most rewarding part for me in doing this work is watching the people I help successfully work through their barriers and find true love or reignite their existing love. It is such a beautiful scene to witness.

And because I want to keep helping others "raise their love quotient", I and the team at The Exceptional Life Institute have decided to host a weekly meet up in Gardena, California!

It will be held as a roundtable forum so that anyone participating will have the opportunity to speak with me and begin learning what barriers are keeping them from the beautiful love they deserve.

In addition to learning from me, this roundtable is also a chance for you to make new friends who share a common interest in self-improvement and meet other bright, motivated individuals like yourself.