Is the Grass Always Greener? 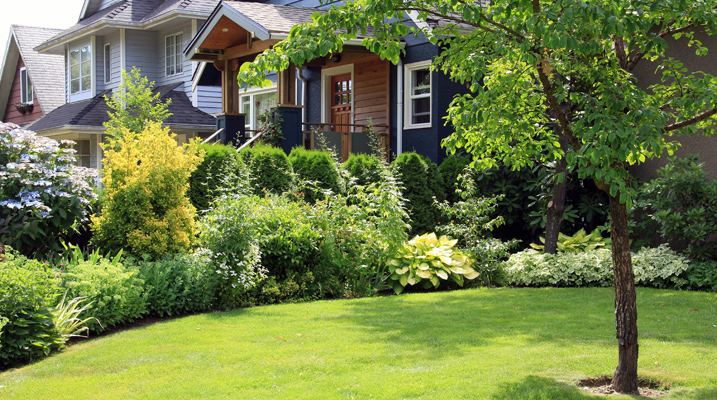 When you look at your overgrown lawn where weeds have popped up everywhere, a homesteading gopher has staked his claim, and the sun has turned it several shades of brown, you realize it’s not the lawn you wanted. What you wanted was well-manicured, beautiful, fertile, and green.

With a deep, disappointed sigh, you turn around and see your neighbor’s lawn. Your eyes widen in wonder as the oasis you dreamed of is a few feet away, separated only by a wood fence. “That’s what I want, that’s what I should have,” you think to yourself. Then a bitter taste settles in your mouth and you think, “Why does he get to have that lawn and I don’t?” You stand and look at the lawn for a while as thoughts of discontent continue to run through your head. Barraged by the “why’s” until that bitter taste in your mouth becomes so strong that when you take a simple, needed breath, it overpowers your whole being. Jealousy has discovered a new friend and it now has a firm grip on you.

In the beginning of my career, I had made several acquaintances at the company I worked at. We would go out for occasional dinners together and discuss work or our weekend plans. One woman always spoke of all the fun, exciting things she and her husband would do over the weekends, such as wine tasting or weekend getaways. She always made it sound thrilling and romantic.

Her office was always decorated with flowers from him as well as photos of herself and her husband, smiling and holding each other tightly. As far as I knew, every single woman in the office was envious of her. I vividly recall every other woman in the office expressing their envy of her at some point. However I don’t remember feeling jealous, nor did I want to take it from her and I certainly didn’t want her to not have a beautiful relationship. I'm not the type of person to ask “Why her and not me?” I do remember wishing that I had the same thing – a happy, close relationship with a wonderful partner.

One day, we had all gone out as a group again and sat around the table, eating, laughing, and talking. The woman sat there and though she smiled, she didn’t say very much. It was so out of character for her as she had always participated in conversation. After a nice dinner, we all said our goodbyes and walked to our cars. As I was unlocking my car door, I heard my name and when I turned around, she was standing before me, eyes welling up with tears. I asked her if she was alright and she responded a simple “Yes.” We stood in silence for a brief, awkward moment. Tears began to stream down her face and she asked me if I could talk for a moment and I responded, “Of course, are you okay?” It always seems a senseless question when someone is crying or emotional, but it's the easiest way to get the conversation started.

She began to tell me that her husband had been cheating on her. I was completely shocked! I think my jaw dropped open and I couldn’t tell if I had closed it quickly enough. She continued on about how unhappy she was and how she didn’t know what to do or where to turn. I was trying to absorb and understand not only what she was saying at that moment, but everything she had said previously. The happy photos and the vacations, it all seemed so wonderful. How was what I was hearing now a part of everything I’d heard before? I finally heard myself speak - “But… you seem so happy, he sends you flowers and always dotes on you when we have office parties, and—“ She interrupted me before I could continue and voiced that those were all gifts of apology for cheating.

She continued on, revealing that through countless apologies, he continued to cheat. I felt painfully sad for her. I so much believed they had the perfect relationship. I tried to console her by telling her she had choices, and that they were for her to make based on what she wanted. She sincerely believed that she didn’t have choices, because she was a big part of the façade. She didn’t want people to see what was really happening for fear of what they would think of her. I continued to assure her of her choices.

I don’t know why she chose me to unburden her pain to, but helping is what I do.

You see when I looked at their relationship from my side of the fence, I saw something that I wanted. That green, manicured, fertile lawn. I didn’t know the effort needed to make the lawn appear that way. I wasn’t aware of the pain and hardship one person was enduring to create that appearance. However, once I was on the other side of the fence, seeing the long hours of sweat and exhaustion, the large amount of fertilizer, the complex water system, the expensive tools they used to create the appearance, and the cuts and bruises they received that they had to hide, it no longer seemed as green and beautiful.

The grass isn’t always greener. Jealousy of someone else’s lawn is a waste of thought, energy, and desire because we don’t know what is truly happening behind the lawn.

What we can do is manicure our own lawn, so it is the way we want it to look – a place we want to live, where we want to rest and be safe, and where we want to love. We can fertilize it with hard work, understanding, mutual respect, honest and pure intentions filled with love. We can water it with compassion, patience, caring, and open communication so it continues to be bright and beautiful. All of our lawns take work. The work that you put in is the work that will ensure your happiness and your continued want of living there.

Peace and Love to the Universe!