Leptin: The Key To Hunger, Weight Loss & Your Health

This week I want to do something different. My friend Adam Thurtell is an awesome trainer and the owner of BeachFit LA in Los Angeles, CA. A while back, he posted a series of amazing articles on his site about leptin, the little-known hormone that plays a huge role in obesity and weight gain. The research sheds light on why diets can be so difficult to stick with (and what you can do to change that).

So read on and get ready to arm yourself with knowledge! 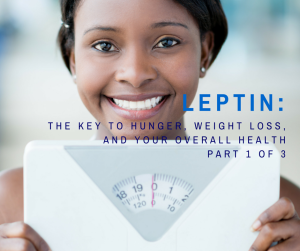 Are you familiar with the strain of rodent called the “ob mouse?”

The “ob” stands for obese.

Ob mice first came to light in 1949 in the Jackson Laboratory located in Bar Harbor, Maine.

From birth, ob mice increase rapidly in weight until they are about four times the normal weight of regular mice.

For years researchers had no idea why these mice (who were also born sterile) grew up to be so fat.

That is until 1994 when Jeffrey Friedman discovered that the ob mouse lacked an up-to-that-point unknown hormone. Friedman named this new hormone leptin after the Greek word “lepto” that means “thin.”

Initially the discovery of leptin was heralded as “the cure for obesity.”

However that thought quickly went by the wayside when it came to light that, unlike the ob mouse which had no leptin in its body, obese people often have too much leptin in their bodies.

That said, leptin is considered by many to be the most important chemical in your body that determines your appetite level, your ability to control your weight and your overall health in general.

Its importance can’t be overstated as obesity is related to numerous diseases and maladies including diabetes, congestive heart failure, strokes and even cancer.

Over the next three issues, I will take a closer look at leptin and what you need to know about it as it pertains to your health. Starting with…

What exactly is leptin?

Leptin is a protein that is manufactured by fat cells. It then circulates in the bloodstream and travels to the brain. It tells your brain whether your body has enough energy stored in fat cells to carry on the body’s normal functions.

In other words, your leptin level is directly related to how hungry you feel. When the leptin level in your body goes below your personal leptin threshold, your brain senses starvation and sends you signals that it wants you to eat something right now.

Does leptin have any other functions within your body?

Its primary function is related to keeping us from starving or overeating, but leptin does have other functions related to fertility, immunity and brain function.

According to Dr. Robert Lustig, an American endocrinologist at the University of California, San Francisco, leptin also plays a role in heart and bone health…

“We know that leptin is very important in keeping the immune system happy and that chronic inflammation occurs in the face of inadequate leptin signalling, and that’s part of cardiovascular disease. We also know that leptin has direct effects on bone to increase bone health and bone mineral density, so when your leptin’s working right, your bones are healthier and they accrue more calcium,” he says.

Can you have leptin injected into your body?

Originally, as mentioned, upon the discovery of leptin it was anticipated that it would soon lead to an obesity cure. But that turned out to be not the case.

Here’s why…as you get fatter, your body makes more leptin. So where’s the problem? Well, your body may have built up what’s called “leptin resistance.” When you are resistant to leptin, no amount of leptin will overcome it.

So there’s no real need or purpose when it comes to injecting leptin into your body.

The only exception is in the rare case that your body has no ability to produce leptin. It’s estimated that worldwide about 100 people are affected with this unfortunate affliction.

What happens when you build up a leptin resistance?

He adds that in the case of leptin resistance “the leptin is being made by the fat cells, the fat cells are trying to tell the brain, ‘Hey, I don’t need to eat so much,’ but the brain can’t get the signal. You feel hungrier and the reward doesn’t get extinguished. It only gets fostered, and so you eat more and you keep going and it becomes a vicious cycle. If your brain can’t see the leptin signal, you’re going to get obese.”